This page tracks development for the Dragon Game I am working on, while I await confirmation on naming, trademark, etc.

Like playing a table top role-playing game, except instead of being the adventurer you are the creature. A dragon, to be more specific. The goal for this first single player game is to tell the story from the perspective of a specific dragon, and over time serve as the core engine of larger dragon-themed games. I’ve always enjoyed games where you can play as a dragon (such as Istaria – highly recommend giving it a try if you haven’t), and the lack of good games providing a simulation of fantasy species has really driven my interest in developing this.

1. Build Prototype A! <— Currently At this Stage, See Below for Pictures
2. Publish Prototype as a free demo (For Testing, and to Build a Community of Support)
3. Beta Test with the help of said Community
4. Early Access once the bugs are ironed out
5. Fully Publish
6a. Build into the Next Dragon-Themed Game, expanding on what has been built so far
6b. Build Prototype B!

This section illustrates what I hope I can accomplish in the long run.

Storyline – The only thing that had been keeping the dragon prisoner, was a deep slumber. What she would awake to however, would lead her to be driven. The story follows the main character as she navigates an extraordinarily different world from the one she had occupied prior to years of rest. Dragons are nearing extinction, and their civilization is nothing more than text in the history books of those who currently fight over a land that has survived catastrophe. Undead hordes, magical storms, and massive creatures are a few of the terrors that encroach on the last surviving races. Will the very thing that forced her fellow dragons imprison her, be that which could save the world?

Building a Draconic Wing
A major component involves finding the few dragons left, or even raising hatchlings. Interacting with and ‘Teaching’ the youngest members of the Wing allows a measure of influence over how they develop, but be cautious of the negative implications such as members of the Wing fighting one another. Sending older dragons out on Hunts can also assist in supporting the needs of a growing Wing.

Delving a Lair
Dragon lairs serve key functions within a Wing, such as protection for both valuables and the younger dragons who might fare worse against undead legions or dragon hunters than one of the elders would. Gathered resources from missions serve to help construct this lair. Sometimes the Lair may even be threatened, and the dragons will be forced to defend it. 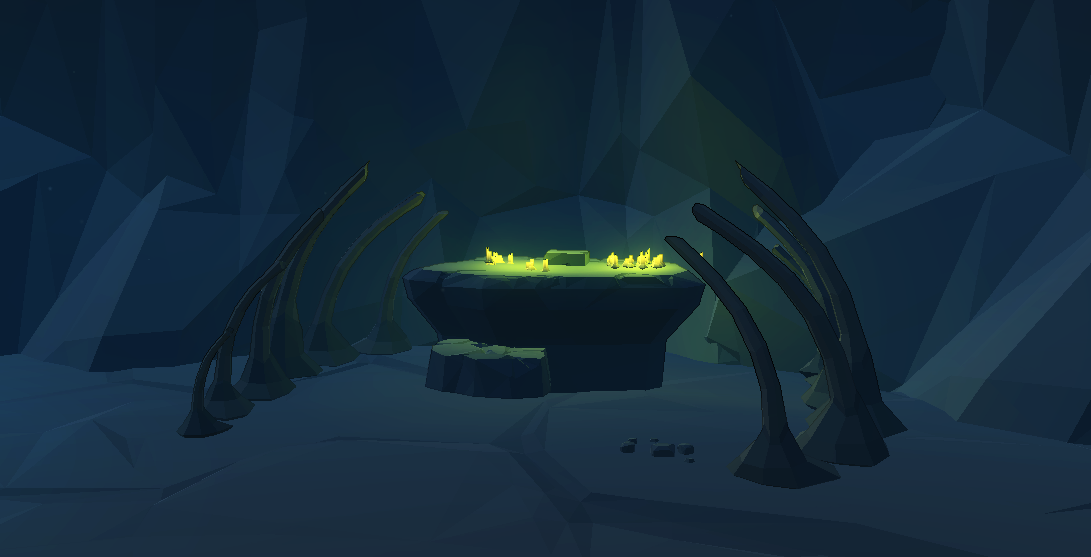 Adventuring
The primary means of exploring utilizes a portal system, to go on hunts. It should never be assumed a hunt will go completely as planned however, and so it is best to be prepared. Hunt’s provide food, resources, and gold to hoard potentially; as well as choices. If you’ve stumbled across a ship or caravan carrying gold, do you risk the wrath of a nation to obtain that wealth? Or perhaps assist them and gain favor?

Hoard
The first way to gain power as a dragon, is to increase your hoard. Powerful magic items can lend their power to the Wing, and gold can be used to enlist the aid of bipedal races to defend your lair or aid in an attack. A larger hoard also serves as an indicator of status, aiding in the legitimacy of leadership.

Magic
The second (and more volatile) means of acquiring power, is through the consumption of magical fonts. A practice long outlawed by dragon civilizations of old, desperate times call for desperate measures. Following the catastrophe that struck, much of the worlds magic flows erratically and close to the surface.

Combat
There are typically two types of enemies: fodder, and creatures. Fodder are incredibly weak individually, but powerful in large enough numbers. These are your basic foot soldiers, archers, and mages (though some mages are powerful enough to be dangerous in their own right). Creatures on the other hand, are large and brutal enemies who can start to rival a fully grown dragon in terms of prowess. Examples of this are enormous golems, or even other dragons. The goal is to really convey the feeling of power that is a dragon.

Factions
Nature abhors a vacuum, and in the absence of dragons several powerful factions have flourished. Some may be open to establishing relations, and some (like the Undead) just want you to be dead. Still others will want parts of you for either trophies or magical components. Just remember that word of a dragon will travel fast.

Thank you for reading! You can follow me on twitter for the updates and posts I make related to this game (@SageSingularity), I always welcome a hello or some feedback. More will be posted here over time as well. It’s been a couple years now of learning, time to put the learning to work!

Lighting Effects that can be achieved with the art in Unity3D.

Each ship is broken up into parts.

Without the lighting effects, the art looks similar to this.